The works in the Palace of the Cracow Bishops in Kielce are dynamically moving forward. The trial assembly of the models of the figures of Moscow and Swedish envoys, which adorned the facade of the Palace from the 17th to the second half of the 19th century, is currently in progress. We have informed about the previous stages of work in the posts here >> and here >>.

Undoubtedly, the return of the envoy images, who peace negotiations were conducted with by the Bishop of Kraków and the Grand Chancellor of the Crown, Jakub Liczik – founder of the Palace, is one of the most spectacular stages of the renovation. Sculptures, made of sandstone, have been in this place since its creation in the 17th century. They were removed by the Russians after the January Uprising.

The sculptures have been recreated on the basis of archival photographs and cooperation with specialists. The finished sculptures are waiting for final assembly. They have been executed by Grzegorz Świerczyński and each of them is 3 meters high

The information about the final assembly date of the reconstructed figures will be preceded by an appropriate post with a 19th-century photograph of the original figures on the facade of the Palace.

The project entitled “Palace in the Museum, Museum in the Palace. Protection, preservation and making available for public purposes movable and immovable monuments of national importance” is implemented under the Operational Programme Infrastructure & Environment 2014-2020.

ABOUT THE PROJECT 👉LINK

We put our heart in stone. 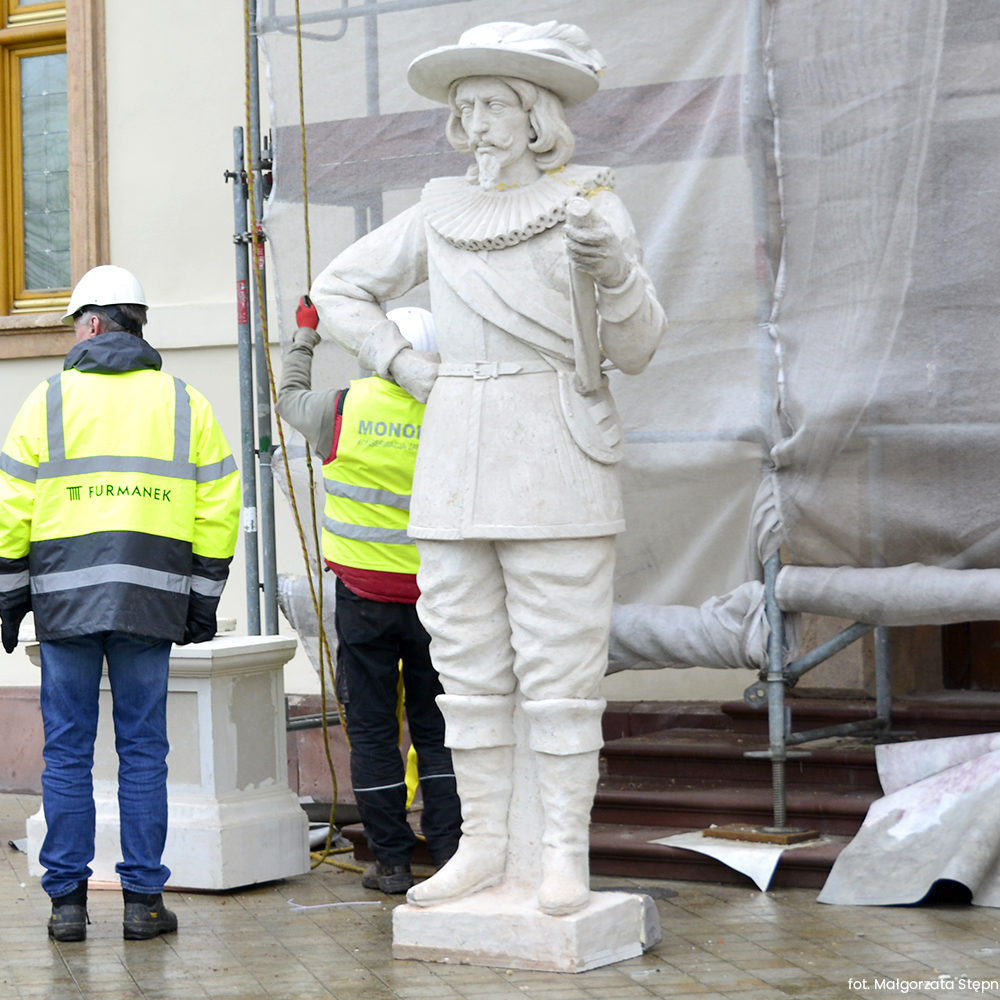 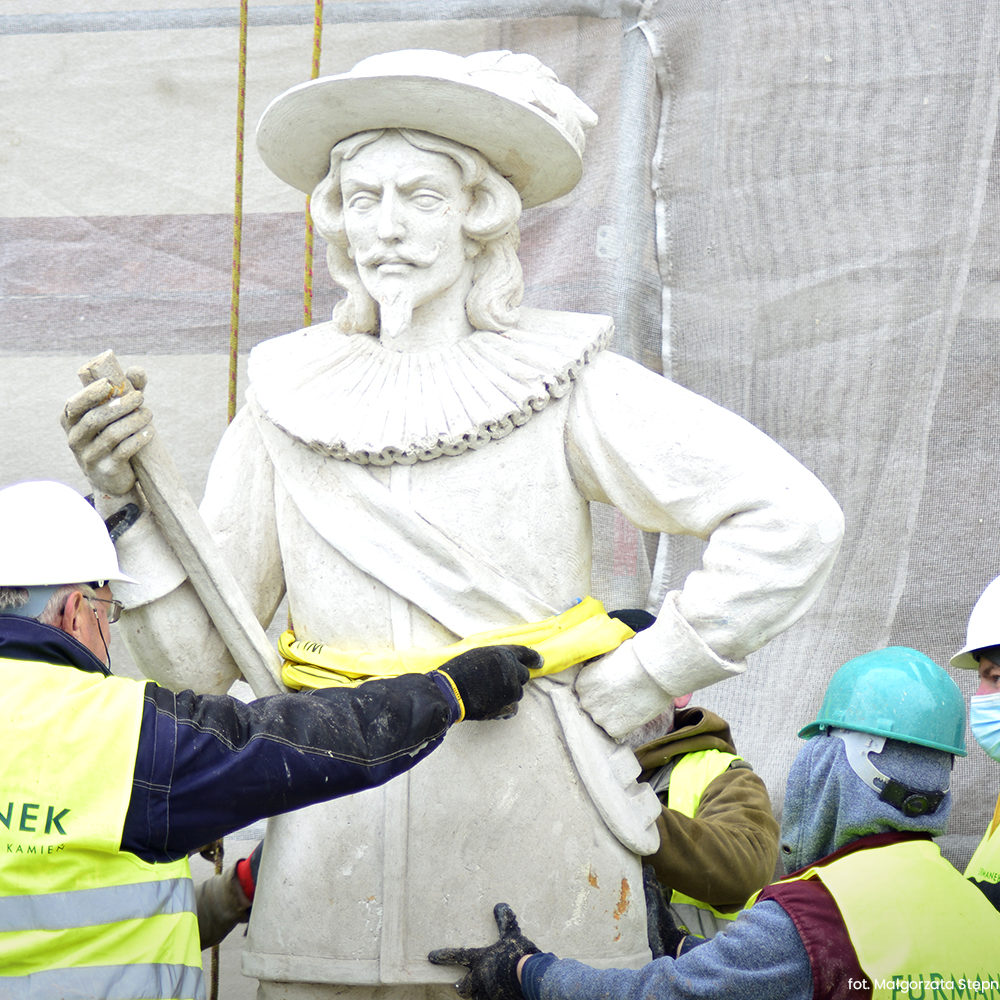 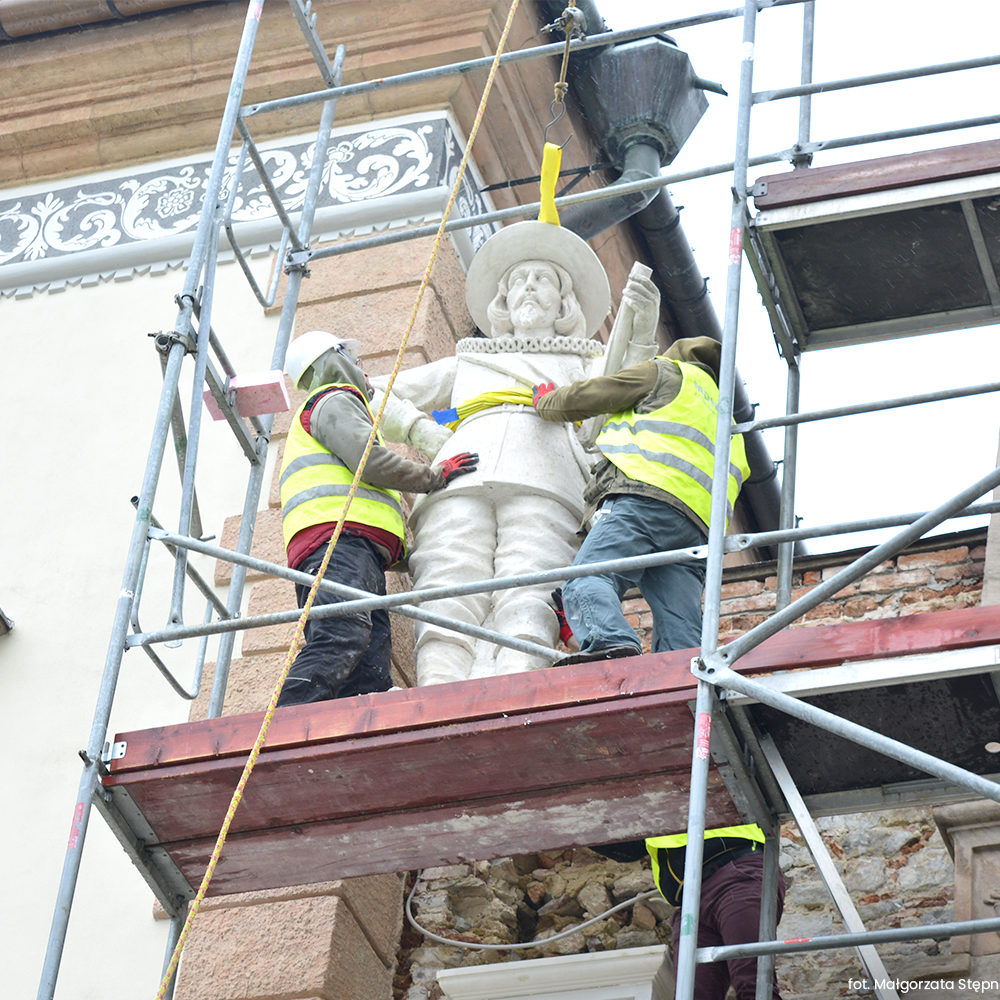 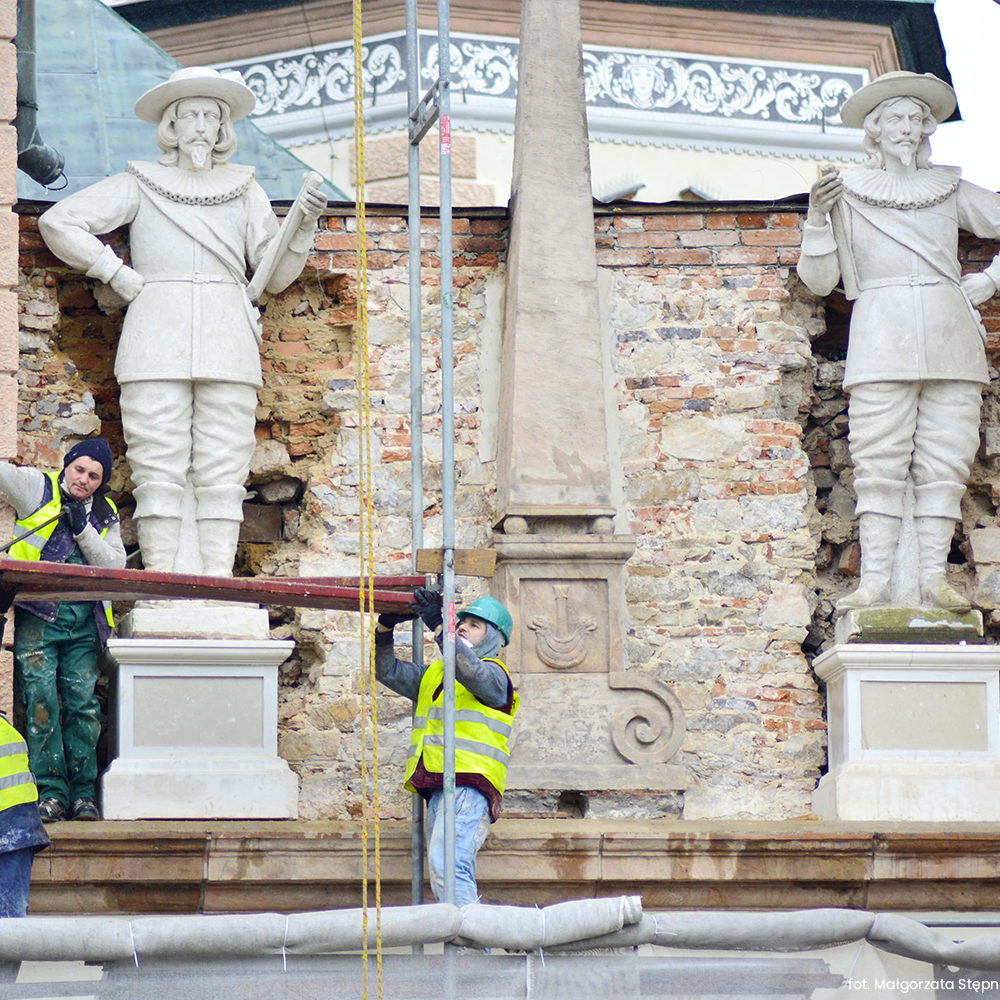 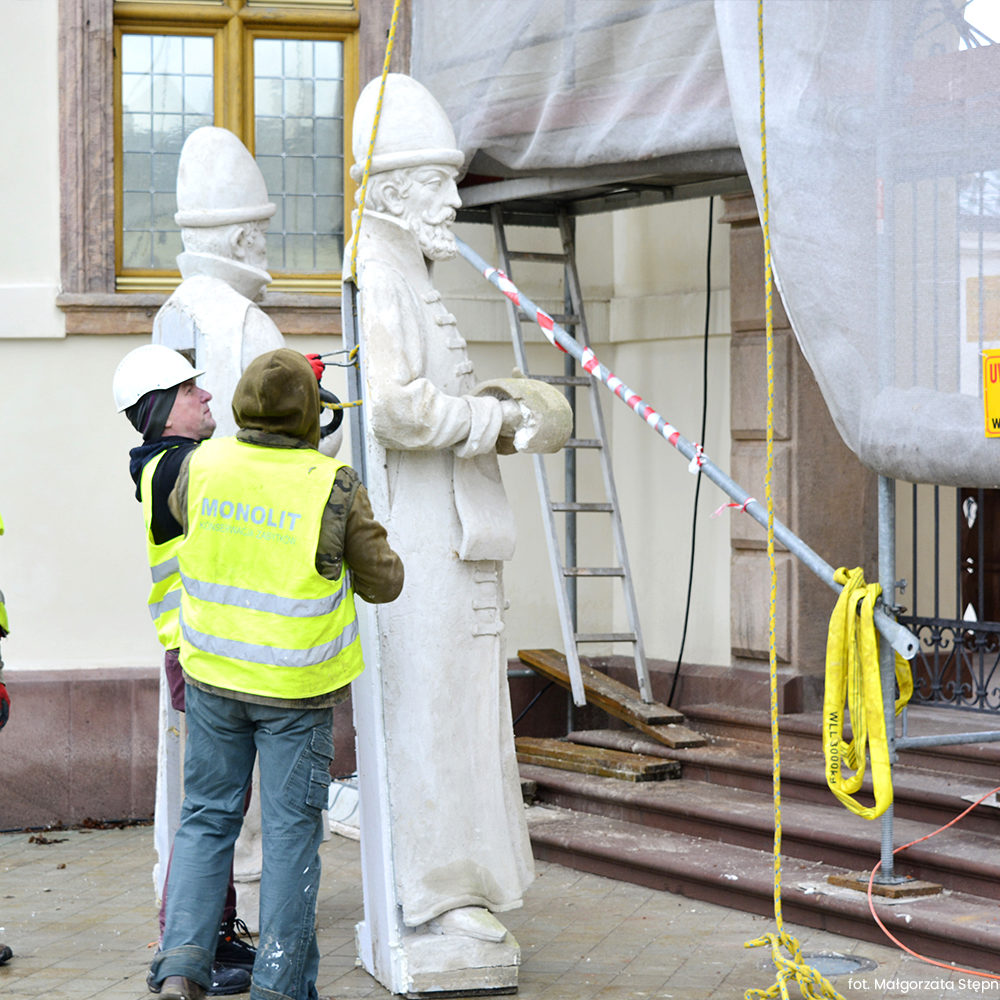 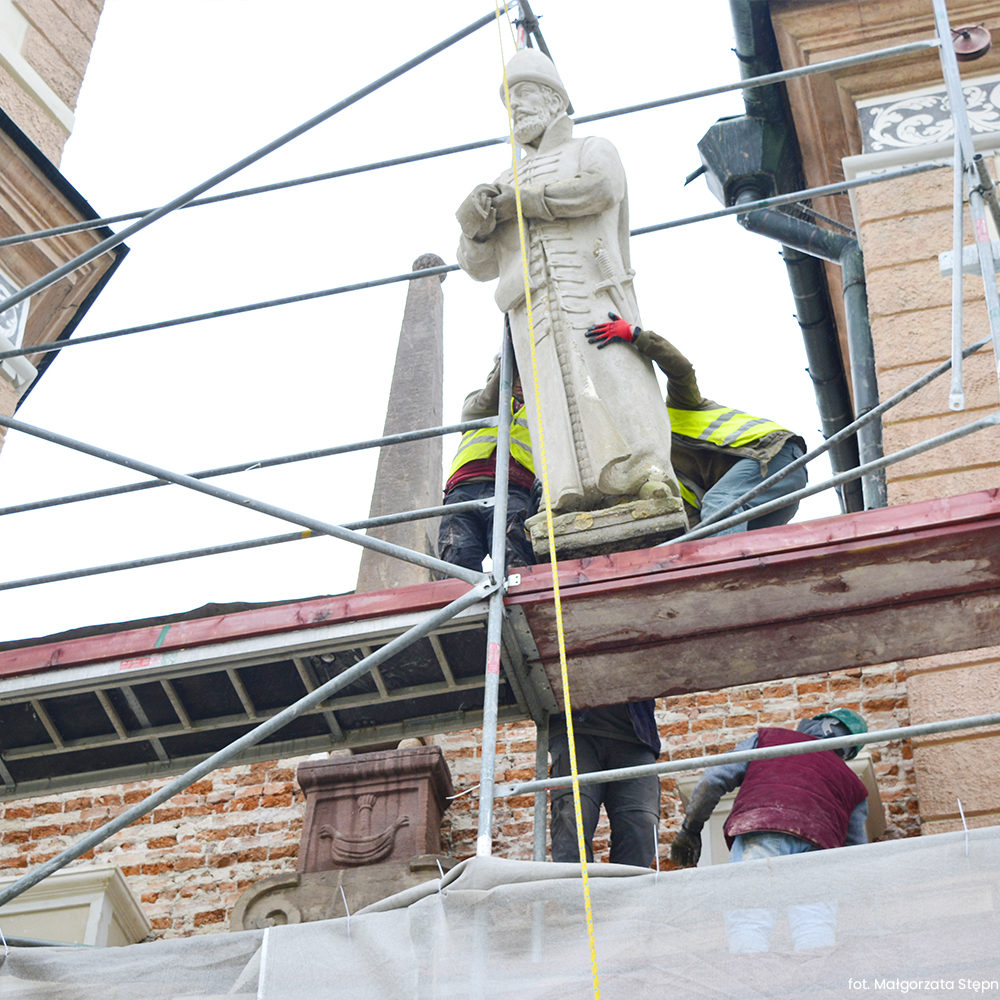 A comprehensive project in Włodawa